THE BAY, SHINING WITH VIDEO PROJECTIONS

From July 22 to August 14, the buildings around the Petite Rade de Genève turn into the scene of a video mapping show.

For one hour, the Arcade des Arts on the Pont de la Machine, the Hôtel des Bergues, the Quai des Bergues and the Quai du Général-Guisan are lit up by projectors that create animations, visual patterns and atmospheres on the façades. The scenes follow one another in a colourful choreography, appealing to the viewer’s imagination. The Rhône also takes part in the show and reveals itself in a play of lights and reflections.

In an enchanting atmosphere, this light show transfigures its environment and adapts to the buildings’ shapes and reliefs, thus enhancing their façades.

Each building is the subject of a ten-minute animation, projected continuously for one hour, allowing bystanders to admire the façades in motion. The mapping show comes with a musical playlist available online, to be listened to from one’s phone. 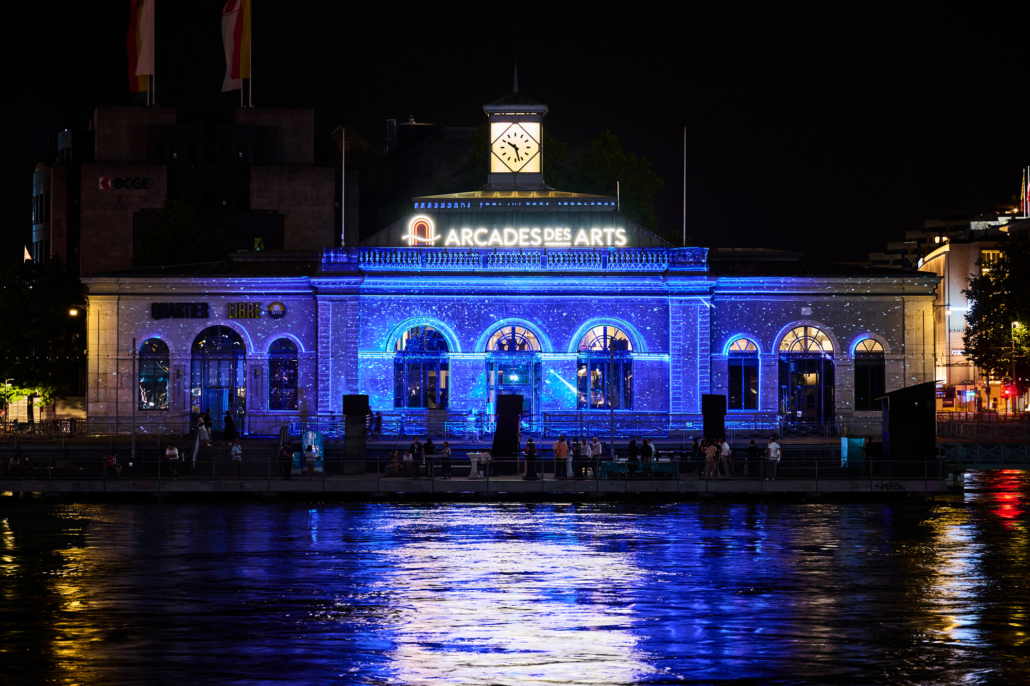 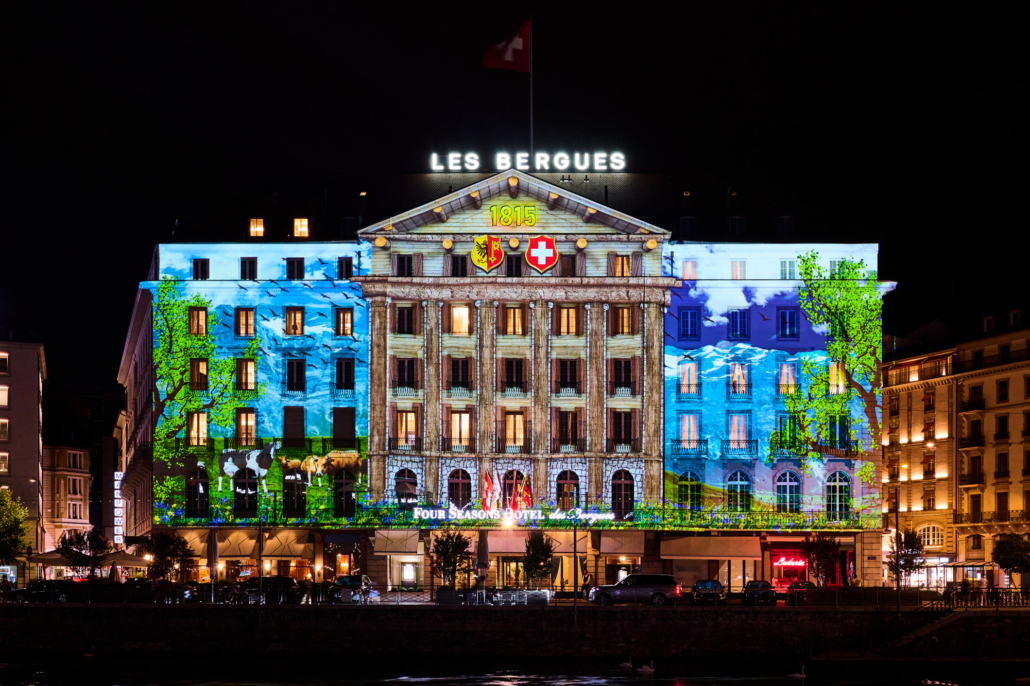 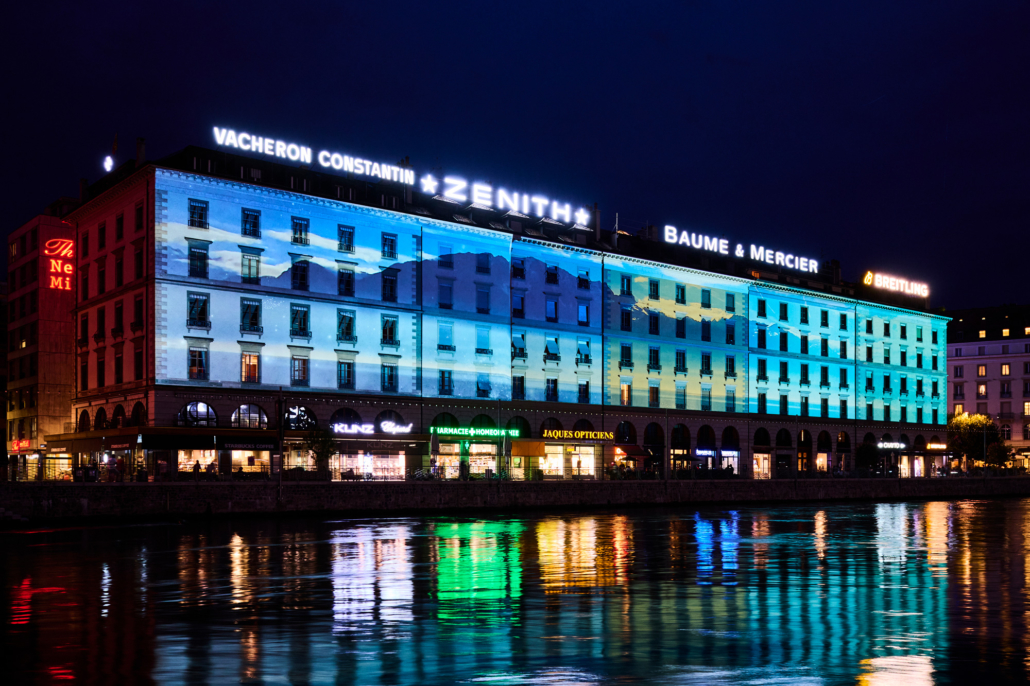 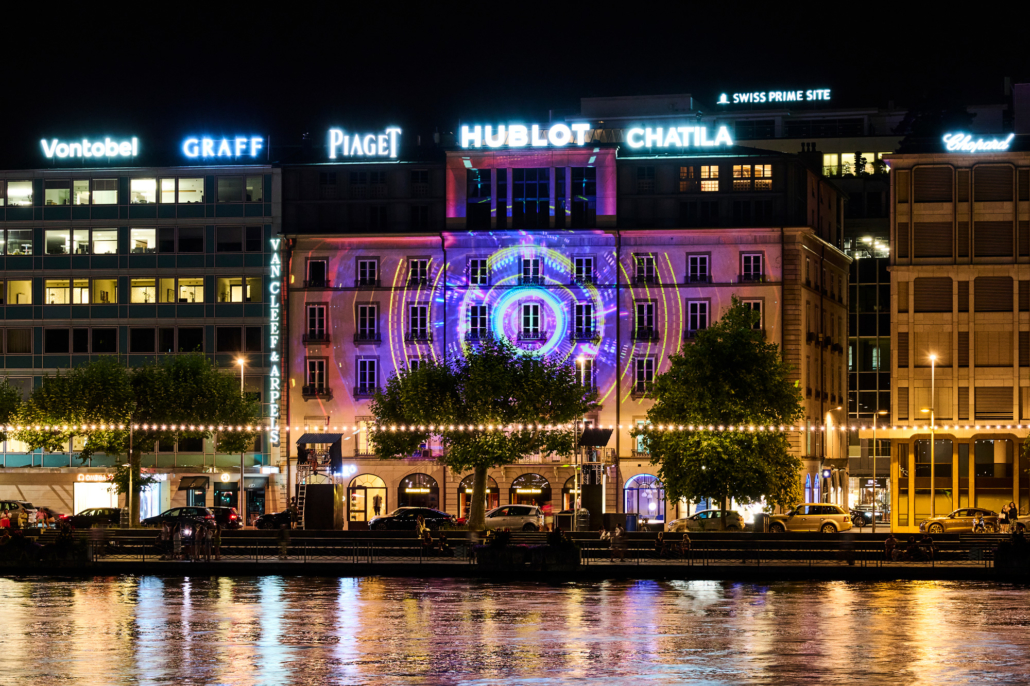 Each projection has its own dedicated soundtrack, matching the creative atmosphere conveyed by the visual work. Listen to an exclusive playlist, intended to accompany musically the projected scenes and animations.

SPECTACULAR PRODUCTION ON THE BAY’S FAÇADES

President and owner of the Manotel Group

The Manotel Group, deeply rooted into Geneva’s landscape, is pleased to launch the Geneva Summer Mapping. It is delighted to participate in the development of the Rade and to offer the locals and visitors in Geneva alike an immersive show, a real stroll through themes at the heart of Geneva and Switzerland.

This first event reinforces Geneva’s attractiveness for Swiss and international guests, especially compared to other urban summer destinations. In a post-COVID crisis context, it is essential to relaunch popular events open to all in the city centre.

Mapping is not only trending now, but it is also popular on social media, which will allow the event to be promoted organically and to evolve by being associated with digital art and culture, so that it can gain an international reputation.

Geneva is known for being a place of international exchange and a crossroads of ideas, but also for its rich and diversified cultural offer, to which the Geneva Summer Mapping is now added to our great pleasure.

The Fondation Genève Tourisme & Congrès is pleased to inaugurate a new light show that will transfigure Geneva’s Petite Rade this summer.

Meant for all audiences, the Geneva Summer Mapping intends to attract locals as much as visitors from all over the world.

Every night for three weeks, you will have the opportunity to come and contemplate the luminous animations on about ten buildings around the Petite Rade, on topics such as nature, fine watchmaking or international Geneva, accompanied by an original soundtrack you can download or listen to from your phone in “silent party” mode!

The Geneva Summer Mapping is the result of a close collaboration with several local partners. It falls in line with the initiative Geneva, the Resort City, a project that highlights the richness of the cultural and event offer in Geneva and makes it accessible for all.

From July 22, the Geneva Summer Mapping awaits you!

Projection mapping is a recent innovative technology, tested and approved in Geneva before. It combines audiovisual techniques and artistic creation, which has earned it a wide success on a global scale over the last ten years. 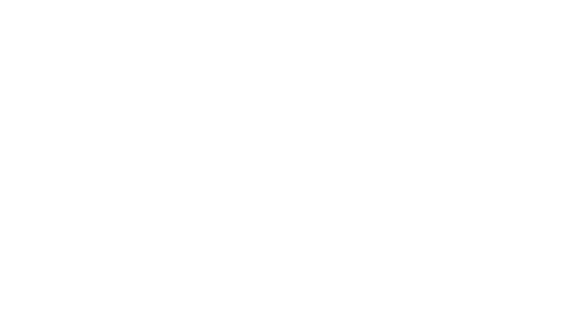 Price: free of charge
Audience: suitable for all ages